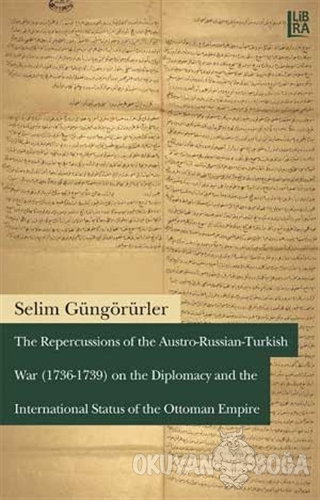 https://www.okuyanboga.com/the-repercussions-of-the-austro-russian-turkish-war-1736-1739-on-the-diplomacy-and-the-international-status-of-the-ottoman-empire
The Repercussions of the Austro-Russian-Turkish War (1736-1739) on the Diplomacy and the International Status of the Ottoman Empire
Libra Yayınları
170.00

Taking the War of 1736-1739 between the Ottoman Empire and the Austro-Russian alliance as the pivotal point, in this book Selim Güngörürler looks at the patterns of and changes in diplomatic relations, perceptions of power, and factional rivalry. By using Ottoman chronicles, histories, archival documents, and observations of Europeans as well as the relevant secondary literature, he demonstrates how the international standing of the Porte and the political references used within the Empire changed dramatically through the course of the War, and how this new situation became one of the determining factors in shaping Ottoman-European relations and the Empire's domestic politics during the 1740s and 1750s.