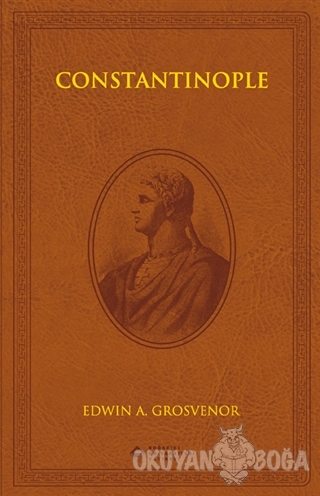 The book is organized chronologically, by political history, and then by theme; a great deal of space is devoted to archaeological history, art history, and architecture. Also discusses the physical nature of the city: how the art, the growth of the streets, and the politics all affected the city's appearance today. The history, mythology, art, and décor of significant mosques in the city are included. Contains about 600 pages of analysis, with a great number of photographs and illustrations. Constantinoplewas "the most important treatise . . . that has yet appeared in English,” wrote a reviewer in the Springfield Republican. “One of the books of the year."The New York Times said that Grosvenor was "uniquely suited to the task." This special edition of the book comprises two volumes, separately published in 1900 and 1895.

Edwin Augustus Grosvenor(1845-1936) was a historian, author, chairman of the history department atAmherst College, and longtime president of the national organization ofPhi Beta Kappasocieties. Grosvenor was called "one of the most cosmopolitan of Americans" by author and abolitionistThomas Wentworth Higginson.His son,Gilbert Hovey Grosvenor, was the first employee and longtime editor ofNational Geographic Magazine. Grosvenor graduated from Amherst College in 1867 as class poet and salutatorian.After graduating, he served as a tutor atRobert Collegein Constantinople, Turkey. After returning to the U.S., he obtained an M. A. fromAmherst Collegeand was ordained as a minister in Newburyport, 1872. In 1872 Edwin Grosvenor returned to Robert College with his young wife and began teaching. Grosvenor then taught at Amherst College from 1892 to 1914, and was professor emeritus until his death in 1936.