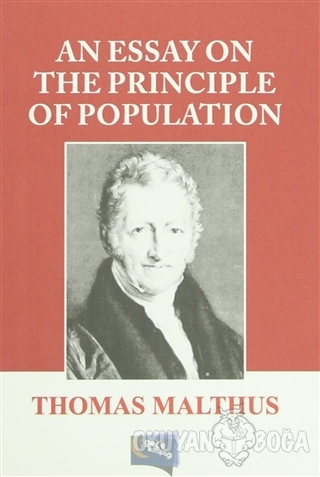 An Essay on The Principle of Population

https://www.okuyanboga.com/an-essay-on-the-principle-of-population
An Essay on The Principle of Population
Gece Kitaplığı
16.38

Thomas) Robert Malthus (13 February 1766 – 23 December 1834) was a British cleric and scholar, influential in the fields of political economy and demography. His An Essay on the Principle of Population observed that sooner or later population will be checked by famine and disease.

This Essay might, undoubtedly, have been rendered much more complete by a collection of a greater number of facts in elucidation of the general argument. But, joined to a desire (perhaps imprudent) of not delaying the publication much beyond the time that he originally proposed, prevented the Author from giving to the subject an undivided attention.

He presumes, however, that the facts which he has adduced will be found to form no inconsiderable evidence for the truth of his opinion respecting the future improvement of mankind. As the Author contemplates this opinion at present, little more appears to him to be necessary than a plain statement, in addition to the most cursory view of society, to establish it.