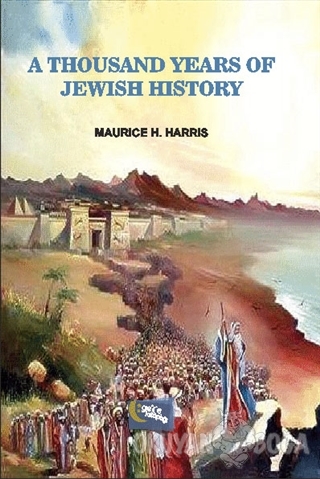 A Thousand Years of Jewish History

The dual purpose of the revision of this work has been simplification and amplification. The language has been recast in parts and there have been added sub-titles within each chapter, cross-references and an index. Ideas such as "Religion as law," the Logos of Philo and the development of Messianism have been made as simple as these subjects admit of.

In seeking illustrations to vivify the narrative it is unfortunate that so little is available. Ah! if we had pictures of Hillel, of Akiba the Martyr, of Judah the Saint, of the Jamnia Academy, of the splendor of the Babylonian Exilarch. But this very absence of pictures is in itself a bit of Jewish history.

This new edition contains quotations from the literature of the periods covered, from the Apocrypha, Philo, Josephus and the Mishna. Three chapters have been added, two on "Stories and Sayings of the Sages of the Talmud" and one on "Rabbi Judah and his times."

This has also been introduced in the recently issued "Modern Jewish History.