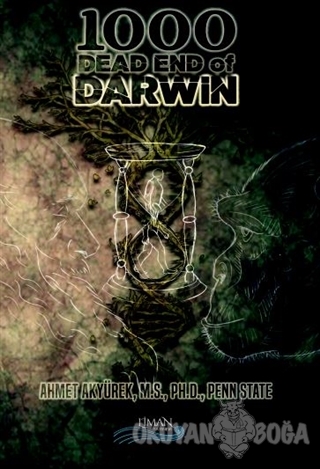 Darwinism has been on the world's agenda for 150 years. Darwinist views were the biggest foundations of atheists, naturalists, materialists and evolutionists. These groups of people had difficulty supporting their views before. Not only them, but when Britain and other colonial governments used Darwin's proposition “only the fittest can survive” as a means to justify and legitimize their own colonialism, they were giving the subliminal message of “we carry out what's in natural laws because we are strong”. In the meantime, Karl Marx transformed the struggle for life into a struggle between classes and presented the world as if it consisted of a fight between the employers and the workers. “Social Darwinism” claimed to organize the lives of societies based on the same premise. New scientific researches and discoveries which were against Darwin's claims were being shut off immediately by these interest groups through various manipulations. Similar plots have also been used in our country for more than a hundred years. Beliefs were shattered by Darwinist views, which were nothing more than theories, his theories were taught in schools with slogans such as “indisputable and latest scienti_c developments” and “irresistible truth”. Despite all the oppressive behaviors, scienti_c research did not stop. I believe that Prof. Ahmet Akyürek's book, which shatters Darwin's inconsistent views from a scientific perspective, will be a great contribution to scientific thinking.

Until recently the scientific community has been entertaining Charles Darwin's assumptions for morethan a century but the latest particle physics studies carried out in CERN and the Higgs boson particlemade even Stephen Hawking question things. This valuable work by Prof. Ahmet Akyürek will providestrong answers to those people entertaining assumptions.

We need to consider Darwin's statements on evolution in two parts: Firstly, his comments on the findings of scientists before him, of which most are correct; secondly, his own theory and views, all of which are incorrect.