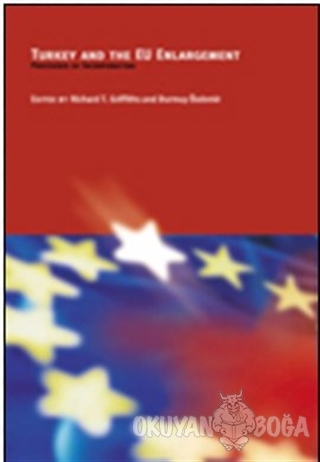 Turkey and the EU Enlargement Processes of Incorporation

https://www.okuyanboga.com/turkey-and-the-eu-enlargement-processes-of-incorporation
Turkey and the EU Enlargement Processes of Incorporation
12.96

The enlargement of the EU towards Turkey has been one of the most hotly debated enlargements in the EU's history. It is therefore most important to obtain a good overview of the most burning issues and underlying questions.

The decision to commence negotiations will be taken on the basis of various criteria, including Turkey's progress towards satisfying the so-called Copenhagen criteria. However, other arguments will also doubtless come into play, including the assessements of the costs and benefits of Turkish membership and whether Turkey is indeed sufficiently ‘European'. This book anaylses the pros and cons of Turkish membership on various issues that play a central part in the on-going debate.

One unique element of the book is that it represents the views of Turkish academics as well as those from the Netherlands and Germany. Although the tenor of this publication towards the question of Turkish membership is overwhelmingly positive, several authors do express reservations and some worry whether the arguments in Turkey's support are sufficient to sway the decision in the country's favour.

The information contained in the book will continue to inform discussions on Turkey's relations with the EU long after the immediate decision on Turkish membershipis taken, under the Dutch presidency.