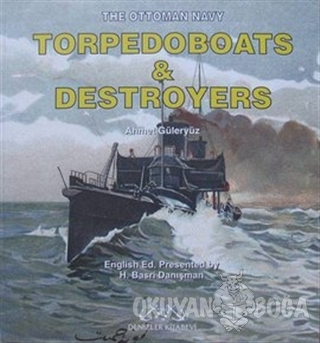 The Ottoman Navy Torpedoboats and Destroyers

The present work is about the "Small-Fry" of the Ottoman Navy. Their torpedoboats and destroyers. Throughout the centuries, big and heavy war shios have been the focus of attention. This was also the case in Turkey. It was only during the middle of the 19th century that smaller vessels started appearing in Turkish waters. During the first half of the 20th century the Empire had to face war after war. And this coincided with the period during which torpedeboats developed. In our work, we have concentrated on the historic and technical side of torpedoboats and the way they developed to produce destroyers. The torpedo was the new weapon that had to take its place in the Ottoman Navy. With the development of boats that were conceived for its use, the Ottoman Navy used these vessels in the wars in had to confront as it was bowing out of contemporary history.