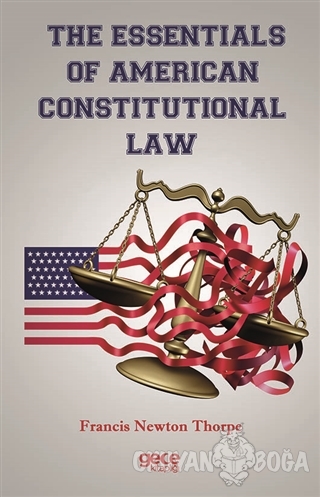 The Essentials Of American Constitutional Law

The principles of American constitutional law are the foundation of all judicial decisions, and it is (as Marshall observes) “the province and duty of the Courts to say what the law is.” Judicial decisions, however, are technical, are handed down by experts, and set forth authoritatively as results of experience which the junior student of the law is likely to find difficult, if not incomprehensible. But to attempt merely to simplify the law, or its interpretation by the Courts, is likely to result in variation from the original spirit and purpose of the law: because decisions are essentially a reduction of questions at issue to a principle, and laws themselves are (or ought to be) simple, clear, comprehensive, and complete.

For purposes of study or instruction it is necessary to bring the principle involved in a law (be it the Supreme Law of the Land,—that is, the Constitution, a Treaty, or an Act of Congress; or a State Constitution, or an Act of a State Legislature) within the compass of a principle, or a fundamental, by examinationof an issue, or issues, in which the principle is involved. There must ever be before the Court the issueandthe law, and the law itself may be an issue, in the American system of government which recognizes the authority of the Court to pass on the constitutionality of the law.