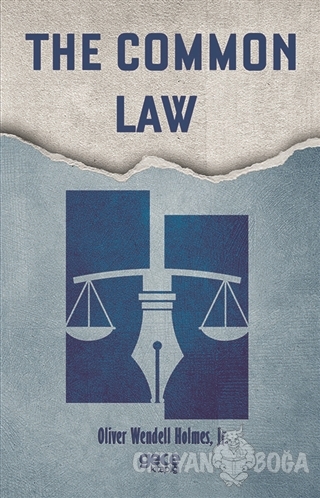 The object of this book is to present a general view of the Common Law. To accomplish the task, other tools are needed besides logic. It is something to show that the consistency of a system requires a particular result, but it is not all. The life of the law has not been logic: it has been experience. The felt necessities of the time, the prevalent moral and political theories, intuitions of public policy, avowed or unconscious, even the prejudices which judges share with their fellow-men, have had a good deal more to do than the syllogism in determining the rules by which men should be governed. The law embodies the story of a nation's development through many centuries, and it cannot be dealt with as if it contained only the axioms and corollaries of a book of mathematics. In order to know what it is, we must know what it has been, and what it tends to become. We must alternately consult history and existing theories of legislation. But the most difficult labor will be to understand the combination of the two into new products at every stage. The substance of the law at any given time pretty nearly corresponds, so far as it goes, with what is then understood to be convenient; but its form and machinery, and the degree to which it is able to work out desired results, depend very much upon its past.

In Massachusetts today, while, on the one hand, there are a great many rules which are quite sufficiently accounted for by their manifest good sense, on the other, there are some which can only be understood by reference to the infancy of procedure among the German tribes, or to the social condition of Rome under the Decemvirs.