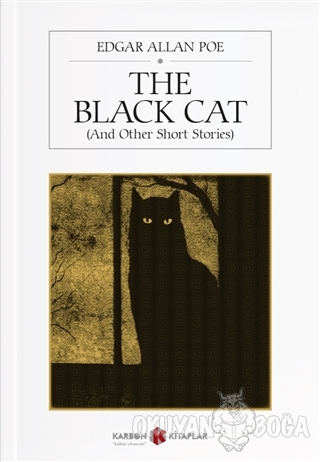 The Black CatAnd Other Short Stories

https://www.okuyanboga.com/the-black-cat
The Black Cat And Other Short Stories
Karbon Kitaplar
11.04

The Black Cat, short story by Edgar Allan Poe, first published in The Saturday Evening Post in August 1843 and included in the collection Tales by Edgar Allen Poe (1845). The story's narrator is an animal lover who, as he descends into alcoholism and perverse violence, begins mistreating his wife and his black cat Pluto. When Pluto attacks him in self-defense one night, he seizes the cat in a fury, cuts out one of its eyes, and hangs it. That night a fire destroys his house, leaving him in dire poverty. He later adopts a one-eyed black cat that he finds at a low-life tavern, but after he nearly trips on the cat, he attempts to kill it too. When his wife intervenes, he kills her instead and calmly conceals her in a wall. In the end the black cat reveals the narrator's crime to the police.

Other stories in the book: Metzengerstein, The System Of Doctor Tarr and Professor Fether, A Tale of The Ragged Mountains, The Assignation