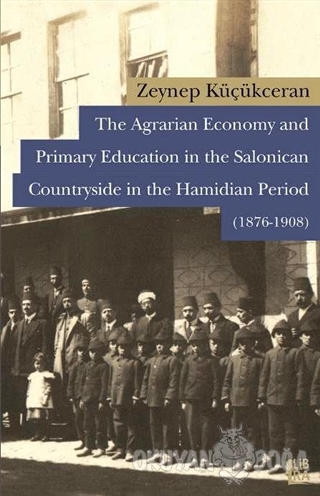 https://www.okuyanboga.com/the-agrarian-economy-and-primary-education-in-the-salonican-countryside-in-the-hamidian-period-1876-1908
The Agrarian Economy and Primary Education in the Salonican Countryside in the Hamidian Period (1876-1908)
Libra Yayınları
120.00

As a result of the modernization process transforming much of the world in the nineteenth century, the changing structure andfunction of the state necessitated the development of a relationship between states and their subjects. In the context of this relationship,states used various instruments to monitor, control, and shape their subjects in order to ensure the survival of the state machinery.

Education acquired a pivotal importance in shaping subjects according to state policies. In the Ottoman Empire its importance also beganto be perceived in the first half of the century, but it was Hamidian era that such a policy manifested itself most clearly. Yet, for thepeople living in the villages, it was the agrarian economy that would continue to determine and shape their lives. Thus villages became afield of struggle between the state, which was attempting to penetrate rural life (and, by extension, the lives of the peasants) througheducation, and the realities of an agrarian existence and the economic and social relationships that it creates. For that reason, a history ofeducation without a comprehensive analysis of the village conditions would be incomplete. This book aims to fill this blank in the historyof education by focusing on the socio-economic structure in the villages that derives from agrarian economy. In doing so it also offersnew sights to the field of social history through a close examination of the lives of peasants and the complex relationships between them.