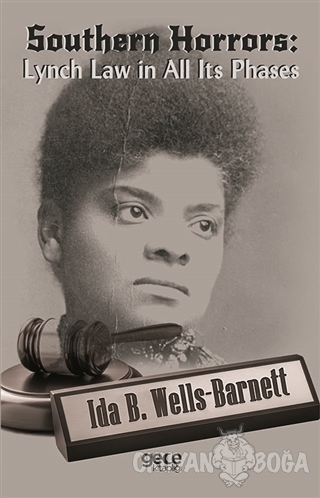 Southern Horrors: Lynch Law In All Its Phases

Southern Horrors: Lynch Law In All Its Phases
Gece Kitaplığı
15.60

The greater part of what is contained in these pages was published in theNew York AgeJune 25, 1892, in explanation of the editorial which the Memphis whites considered sufficiently infamous to justify the destruction of my paper, theFree Speech.

Since the appearance of that statement, requests have come from all parts of the country that “Exiled” (the name under which it then appeared) be issued in pamphlet form. Some donations were made, but not enough for that purpose. The noble effort of the ladies of New York and Brooklyn Oct. 5 have enabled me to comply with this request and give the world a true, unvarnished account of the causes of lynch law in the South.

This statement is not a shield for the despoiler of virtue, nor altogether a defense for the poor blind Afro-American Sampsons who suffer themselves to be betrayed by white Delilahs. It is a contribution to truth, an array of facts, the perusal of which it is hoped will stimulate this great American Republic to demand that justice be done though the heavens fall.

It is with no pleasure I have dipped my hands in the corruption here exposed. Somebody must show that the Afro-American race is more sinned against than sinning, and it seems to have fallen upon me to do so. The awful death-roll that Judge Lynch is calling every week is appalling, not only because of the lives it takes, the rank cruelty and outrage to the victims, but because of the prejudice it fosters and the stain it places against the good name of a weak race.

The Afro-American is not a bestial race. If this work can contribute in any way toward proving this, and at the same time arouse the conscience of the American people to a demand for justice to every citizen, and punishment by law for the lawless, I shall feel I have done my race a service. Other considerations are of minor importance.