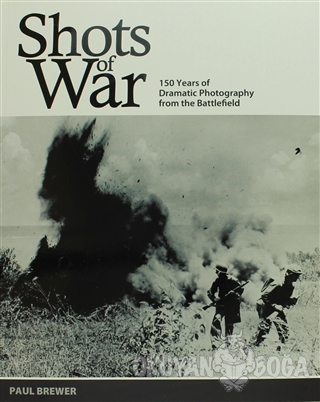 Shots of War: 150 Years of Dramatic Photography From the Battlefield

https://www.okuyanboga.com/shots-of-war-150-years-of-dramatic-photography-from-the-battlefield
Shots of War: 150 Years of Dramatic Photography From the Battlefield
Carlton Books
198.00

Photographic technology and modern warfare arrived almost simultaneously. The work of photographers, starting in the 1850s and initially restricted by the cumbersome apparatus of the early camera, has over the succeeding 160 years documented the dramatic changes to warfare during the same period. "Shots of War" collects the best images to illustrate not only the dramatic events - in recent years often captured at great risk to the photographer - that occur in war, but also to provide an illustrated history of the impact of technology and social change on the nature of warfare.