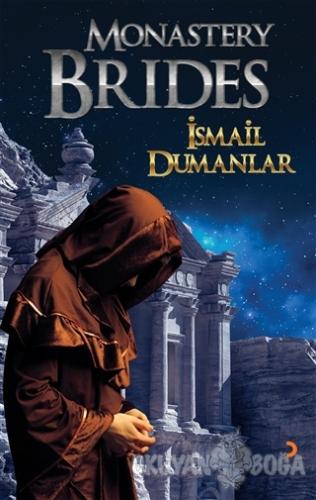 The monk by the creek had a wooden bowl in his hand. He dipped his fingers into the bowl, which he filled with water from the creek, and sprinkled water on the trees around him with prayers. The King, who rode his horse up to the monk, waited as he thought what to ask. The monk said, “Yes, I know. You're the king. And I, a rover ascetic monk, who blesses those owned by the King of the Skies, in the name of the Father, the Son and the Holy Spirit,” answering the King who was getting ready to ask the questions on his mind.

Raising his face toward the king, the Monk bowed his head with respect and greeted the King.

“Tell me what I do not know. Tell me so that I spare your life. But first tell me so I that know… Who are you, where are you from?”

“What importance do my name and my hometown have? God knows me and I know God. But for you, I can say that I'm nameless, rootless and I'm a pauper! I'm a rover ascetic monk doing God's work.”

The Abbot glanced at the things on the desk and began talkingJesus spent the night in the city. Later that night, he took Saint Peter and John the Apostle and went secretly back to the shrine. On their way back, as they passed by a carpenter's workshop with logs in front of it, Saint Petrus was thirsty and thought, ‘If only we had some wine to drink!' John the Apostle, as if he had heard him, thought, ‘Even if we did have wine, we don't have a grail!' Knowing it all, Jesus went toward a pile of wood. He leaned his palm at the edge of a clean cut piece of log and waited. Then he looked at the grail in his palm and said, ‘Very soon, just like this grail has left the log, my blood will leave my body and fill into this grail!' ' As he handed the grail to John the Apostle, he added ‘Give this to Peter so he can quench.' John the Apostle took the grail from Jesus' hand and unable to say anything, he gave it to Saint Peter. When he took the grail, Saint Peter said to Jesus, ‘We didn't say anything, how did you hear?' Jesus said, ‘Does the soul need eyes to see, or a tongue to say? I am the one who hears and says, who sees and tells. Now you will hear me and say, see and tell,' then he turned to the Golgotha Hill and stood for a while.