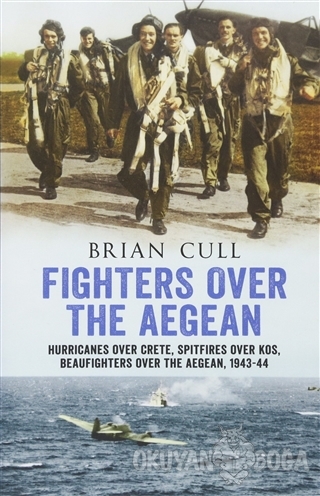 At the Casablanca Cofference in January 1943, the fate of Greece and the Aegean Islands was decided buy the Alliens. While Britain pushed for a full-scale invasion of the Dodecanese Islands and the Greek mainland, the Americans were determined to concetrate all their forces on capturing Sicily and the invading southern Italy. Without American support, a weakened British force set forth to make the invasion alone, with disastrous results.

From the doomed Hurricane attack on Crete (Operation Thesis) - an attempt to divert Axis attention from Sicily - to the British landings on the islands of Kos and Leros - when the Raf was overpowered by the Luftwaffe - Fighters Over The Aegean is the first comprehensive account of aerial operations over the Aegean Sea and Eastern Mediterranean.

The British did enjoy some success: Beaufighters from North Africa and Cyprus roamed over the Aegean attacking shipping and aerial transports with the help of Seafires, Wildcats and Hellcats of the Fleet Air Arm; and specially-modified Spitfires hunted down high-altitude Ju 86R spy planes used by the Lutfwaffe based on Crete. After a taking a heavy toll, the Germans eventually withdrew from the Aegean and the Greek mainland.

Calling on many first-hand accounts - the personel memoirs and offical reports of British, German and Italian aircrew - Fighters Over The Aegean is a detailed and compelling portrayal of a fascinating and often neglected campaign of the Second World War.