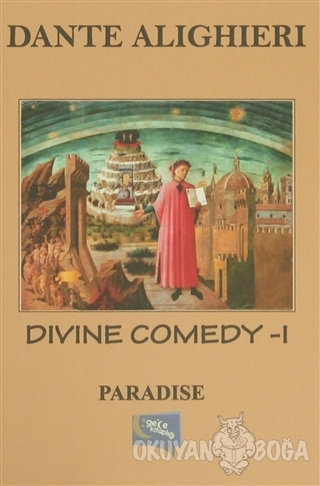 The Divine Comedy describes Dante's journey through Hell (Inferno), Purgatory (Purgatorio), and Paradise (Paradiso), guided first by the Roman poet Virgil and then by Beatrice, the subject of his love and of another of his works, La Vita Nuova. While the vision of Hell, the Inferno, is vivid for modern readers, the theological niceties presented in the other books require a certain amount of patience and knowledge to appreciate. Purgatorio, the most lyrical and human of the three, also has the most poets in it; Paradiso, the most heavily theological, has the most beautiful and ecstatic mystic passages in which Dante tries to describe what he confesses he is unable to convey (e.g., when Dante looks into the face of God: "all'alta fantasia qui mancò possa" - "at this high moment, ability failed my capacity to describe," Paradiso, XXXIII, 142).


His glory, by whose might all things are mov'd,
Pierces the universe, and in one part
Sheds more resplendence, elsewhere less.
In heav'n,
That largeliest of his light partakes, was I,
Witness of things, which to relate again
Surpasseth power of him who comes from thence; For that, so near approaching its desire
Our intellect is to such depth absorb'd,
That memory cannot follow.
Nathless all,That in my thoughts I of that sacred realm
Could store, shall now be matter of my song.