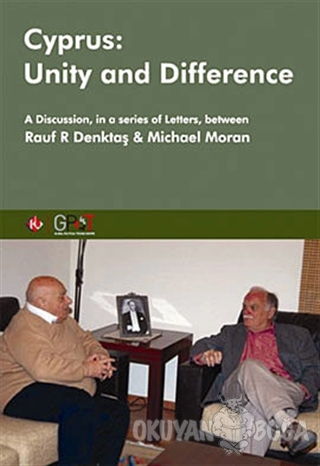 With the rejection of the Annan Plan can the two existing states in Cyprus still sensibly seek to become one?

A Discussion, in a series of Letters, between Rauf R Denktaş, Formerly President of the Turkish Republic of Northern Cyprus and Michael Moran, Sometime Lecturer in Philosophy, University of Sussex together with various supporting documents edited by Michael Moran...

"Both authors got engaged in the exchange of questions and answers to share the views and ideas with each other and hardly had they imagined that one day the wider public would be able to draw upon this great source of knowledge. And indeed it would have stayed hidden had it not been Moran's effort to bring pieces of Denktaş's remarkable comprehension of the Cyprus issue to the form of an edited publication.

"Although the authors' views rather critically differ from each other, their respectful treatment of the questions and honest and sincere approach to the answers, make this book a novelty among the numerous publications written worldwide on the Cyprus question.

"It is perhaps, also for this reason that a meticulous account on the Cyprus problem is finely combined with an intellectually philosophical touch which can be clearly sensed from the following pages, accompanying vast technical knowledge about the Cyprus issue that has developed through years of valuable personal experience."