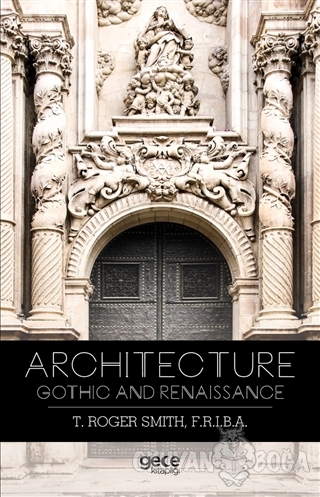 “...The plan of St. Paul's is a Latin cross, with well marked transepts, a large portico, and two towers at the western entrance; an apse of small size forms the end of the eastern arm, and of each of the transepts; a great dome covers the crossing; the cathedral has a crypt raising the main floor considerably, and its side walls are carried high above the aisle roofs so as to hide the clerestory windows from sight.

The dome is very cleverly planted on eight piers instead of four at the crossing, and is a triple structure; for between the dome seen from within, and the much higher dome seen from without, a strong cone of brickwork rises which bears the weight of the stone lantern and ball and cross that surmount the whole. The skill with which the dome is made the central feature of a pyramidal composition whatever be the point of view, the great beauty of the circular colonnade immediately below the dome, the elegant outline of the western towers, and the unusual but successful distribution of the great portico, are among the most noteworthy elements which go to make up the charm of this very successful exterior…”