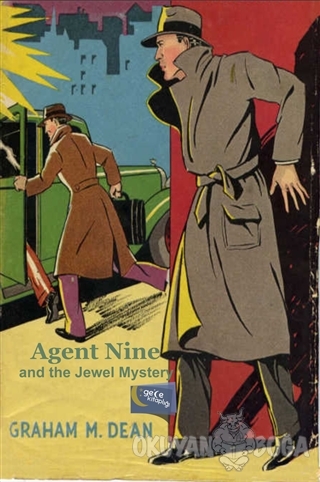 Agent Nine and the Jewel Mystery

Bob Houston, the youngest agent of the Federal Bureau of Investigation, stepped out of the Department of Justice Building and turned toward home, his heart beating faster than it had in months. It hardly seemed real but he was now a full-fledged agent in the greatest man hunting division in the Federal Government. Bob paused a moment at the curb.

Another man who had emerged from the justice building joined him. It was his uncle, Merritt Hughes, one of the most famous detectives in the department. He put his arm around Bob's shoulders;

“Well, Bob, how does it feel to be a real federal agent?”

he asked. It was a moment before Bob replied, and when he finally spoke the words came slowly.

“I hardly know,” he confessed, “as yet it doesn't seem real, but there is one thing I do know—I'm going to work night and day to make a success of this new job.”

“Don't worry about making a success,” advised his uncle. “You've got the stuff to make good or you wouldn't have been taken into the department.”