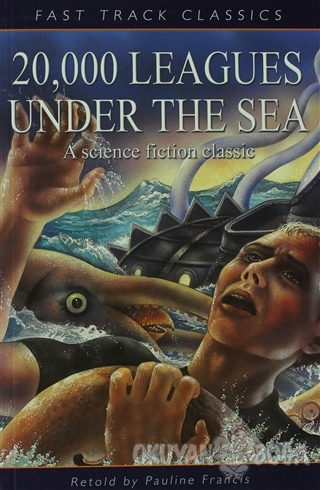 20.000 Leagues Under the SeaFast Track Classics

A huge sea monster has attacked and wrecked several ships from beneath the sea. Professor Arronax bravely joins a mission to hunt down the beast. He goes aboard the Nautilus, a secret submarine helmed by the mysterious Captain Nemo. At first, the mission is exciting, as Nemo takes the ship on a voyage around the underwater world. But when things start to go wrong, Arronax finds there is no escape from the Nautilus -- he is now Captain Nemo's captive, 20.000 leagues under the sea!